The last 4 months have been very busy and productive, for us here at Sapphire, and we couldn’t have done it without your support. Your donations make everything we do here at Sapphire possible and we would just like to thank everyone that helps contribute. Whether it’s funding us, trying out our software and services, watching a vodcast, providing feedback, or helping get people to use our products and services.

Around March 1st, we recently surpassed 6,000 Sapphire accounts, with our average daily sign up rate doubling last year’s average. We even saw that since March 1st, we have had 200 accounts that did not have GitGud.io accounts, which shows that many are interested in Tavrn and/or GitGud.TV and that user interest is increasing as we are developing these.

First let’s update you on Mixtape

Mixtape has been humming along. A couple disk space issues here, expired certificate issues there, but thanks to users letting us know, we were able to rectify those quickly. We’re still having issues with 404 gaps when we roll over files from the upload server to the storage tracks, but rest assured that these files are there and not actually deleted. We keep all files indefinitely (unless they’re viruses or copyrighted). We’ve also recently fixed several bugs causing those 404 gaps, so those should happen less often now.

We got notices from Google that we were hosting malware. A lot of malware and it was becoming very hard to fight it back. We eventually figured out that our antivirus setup had stopped working on the upload server. We have reinstated that and also audited all of our storage nodes to make sure they have proper antivirus scanning. We we were removed from Google’s security watchlist. Recently, however, Malwarebytes has placed Mixtape’s file domain “my.mixtape.moe” on a blacklist. The AV service detected one file, and it is the only service that detects that file as malware. We’re seeking appeal, but Malwarebytes does not seem to be willing to cooperate with us on this.

Casper has been undergoing it’s rebuild since December and is almost done. We had noticed performance dropping over time and found out an SSD drive was failing. We moved all the services else where, to other servers, and put in a request to replace the drive. This rendered the system unbootable. The busy schedule combined with a very slow IPMI and linux distros (that we found out had to be installed twice for the machine to actually boot) made this a very slow process to resolve. More sad news, during this process we found our RAID controller doesn’t support our SSDs very well, and it has been causing the system to run slower than if we had normal hard drives. Working with our service provider, our best option seems to be replacing the SSDs with hard drives.

We have also come up to the one year mark of acquiring Casper Mk4. This means the ownership of this hardware has been passed into our hands which allows us to colocate this machine in another data center, if we see fit. This marks the first server solely owned by Sapphire, and not by one of it’s members. A great milestone for our endeavors.

We almost lost Melchior in February too due to a billing issue. We’ve worked with the provider and luckily recovered Melchior. We shifted the traffic to a back up server while this was going on and the back up server worked perfectly. We’ve recently redid Melchior’s RAID10 into a RAID5 and are working to put it back into production. We had used 12tb of the 15tb available for storage. This switch slows down write speeds a bit in exchange for 8 more terabytes of space. This will help solidify Melchior as our primary archive server that contains a copy of every file on Mixtape.

Finally, we have added another developer to our Mixtape Next project, we’ve dubbed as Mixtape 1.5. We have a lot of features planned for 2.0 but want to get something out the door as soon as possible. The new developer has cleaned up the repo, added more config options, and is looking at adding an ORM. Also we made some progress on the front-end javascript, and we are hoping to release a beta of the next Mixtape.moe soon™.

Development on Tavrn continues at a rapid pace. We’ve:

We’re announcing our latest project GitGud.tv, a video service that complements our  web platform. It utilizes webtorrent technology for serving live streams and video content. We have a couple canned videos you can view to demo the technology, as well as every now on then there will be live streams you can watch. It’s chat system is powered by Tavrn too! We’ll eventually integrate this technology into Mixtape as well. 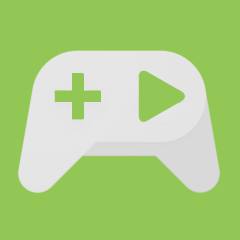 We’ve already have had an overwhelming response to the site. GitGud.tv has had several streamers playing with the technology in just the first few weeks of it’s public release, as well as reaching two concurrent live streamers at the same time. We’ve cleaned up the interface a lot, made it more mobile friendly, moved the app from a temporary server over to a 64 core beast server to ensure quick video re-encoding.

Several upgrades have followed after the initial release:

We’ve gathered a lot of feedback and we’ve been working hard on a new and better video player, as well as adjusted our marketing message and focus to be clearer on what we want GitGud.tv to be. We feel this will be a huge platform for Sapphire as we continue to develop it and integrate it with the rest of our services.

We have continued to do weekly vodcasts on Twitch and thanks to your help are now a Twitch Affiliate. This is a great milestone for us, as it enables a better user experience. It’s unlikely we’ll aim to become the next level partner, however, because our primary focus is not streaming.

Our vodcasts allow us to get together and talk about Sapphire developments, Entertainment, and Technology. It’s a bit of fun and work at the same time. These discussion have helped shape Tavrn, Mixtape and GitGud.tv. We do a Weekend Vodcast every Saturday 3:30pm PST/6:30pm EST.

That’s all we got for now, thanks for stopping by and reading this update! And don’t forget to try out Tavrn.gg and GitGud.tv!

Join us in our Discord and follow our social media pages:

Signup to our newsletter